DISNEY + MARVEL + LUCASFILM = too big to fail but in ideas 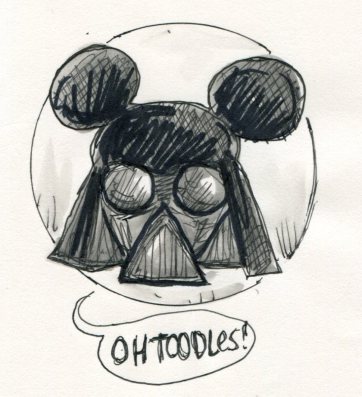 At first I thought I was being unreasonable , but the more I looked at it, the more I read, the angrier I got.

It’s too BIG TO FAIL but in ideas, in art, in form. It’s this huge consolidation of Intellectual Properties that seems to just scream neglect to me, more than opportunity.  I find it sort of sad, only because it’s a consolidation of media into one huge corporate monstrosity. It’s bad news really, they will be less dynamic, and more corporate, with producers making notes instead of artistry.

Disney is not taking any chances purchasing such companies,  they know what they are doing, but I smell that this will lead to each of those brands being even less a true property to in itself and more of something bogged down in producer notes and bottom line selling points.

“WOLVERINE meets ICarly in this special …” shot myself in the face…

MARVEL has made amazing strides since it’s bankruptcy in the nineties and was standing tall. I can see the allure and outright advantage of becoming a part of a behemoth of Disney just in distribution and back up it’s a no-brainer, I know, I can understand. But at what cost? Marvel was doing amazing BEFORE the merger with Disney, so I wouldn’t take credit from Avi Arad and those who helped bring MARVEL to relevancy as far as licensing. Watch how that shit goes with Disney.  Mind you, I did enjoy the Avengers IMMENSELY, but I’m a fanboy, so of course I would…

After the merger with MARVEL, I was excited like everyone else of seeing what the Mouse could do with the HOUSE OF IDEAS, but I was also apprehensive: Look at the Disney’s track record when it came to Jim Hensen, years ago and we barely have heard a peep before last years movie. They buried it, and buried so many projects under projections and too many fingers in the pot. 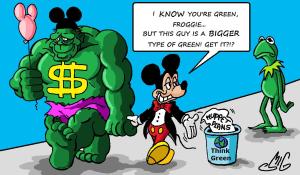 “Can the Ewoks helps Boba Fett find the meaning of Xmas, tonight at…” Power drill to the head.

Already Lucasfilm buys out all of the San Diego Comic Con bays and doesn’t let anyone load back there. How will this be better with Disney at the Helm? How the hell does an indy publisher have a half second to get the attention of a new reader with all that?
The Pros and Cons go on and on…. 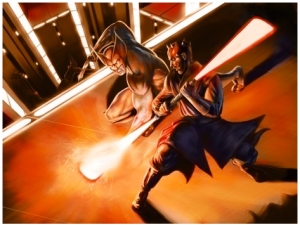 My worries are my own, and I know everyone seems more excited for this, than negative, but I can’t help feel something is off here, something just got tipped that there is…. an imbalance to the force? But maybe through this culmination, this monster will live many tired of itself, in its wake, and they will seek independents like Creature Entertainment. Maybe we can pick up the pieces and bring something with heart to the fold, after they smashed it?

And I’m not gonna lie, I’m probably gonna watch HALF the shit out they pump out, and probably like it. I love Pixar they do amazing stuff, and most of it is well done, sure, fine, and dandy. I just feel that it’s wrong to put so many eggs in one basket and this is a shit ton of EGGS.

I’m  wrapping my head around this still, (having formed a thinktank of likeminded assholes here)  I remember at the end of Return of the Jedi, the Ewoks danced and celebrated, we had won, and liberated themselves form the Empire…

…now I see larger force looming and wonder if rocks and gliders will work on that too. 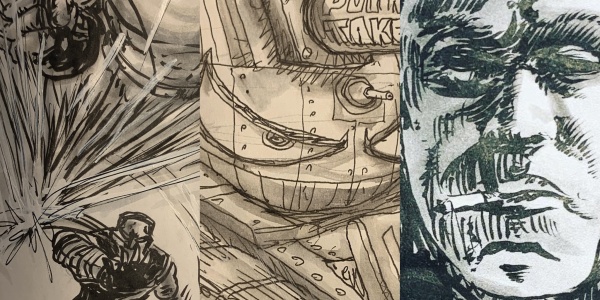 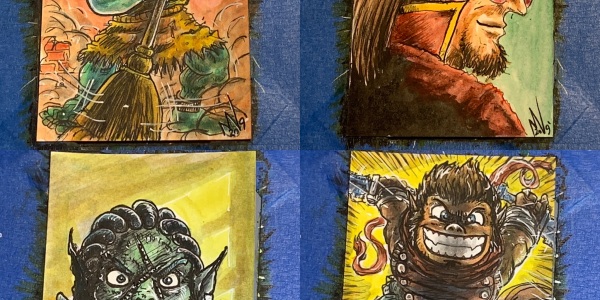 Dungeons and Dragons Sketchcards this week 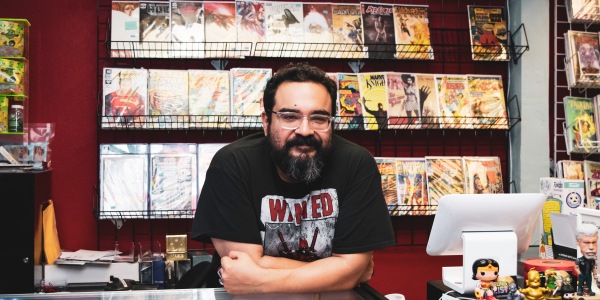 STATION ID: What, or better, WHO is FWACATA?!?