MEGACON 2014 report: Damn that was cool…

Alright, so I made it back in one piece from the extensive, ORLANDO MEGACON. I know I’m making it seem like a big deal and you might be saying,  “geez dude, it was just a con” but for me it’s a marathon of talking, selling, schmoozing, and networking, but I’m most tired from laughing so its not all bad. I needed all of Monday just to recover… 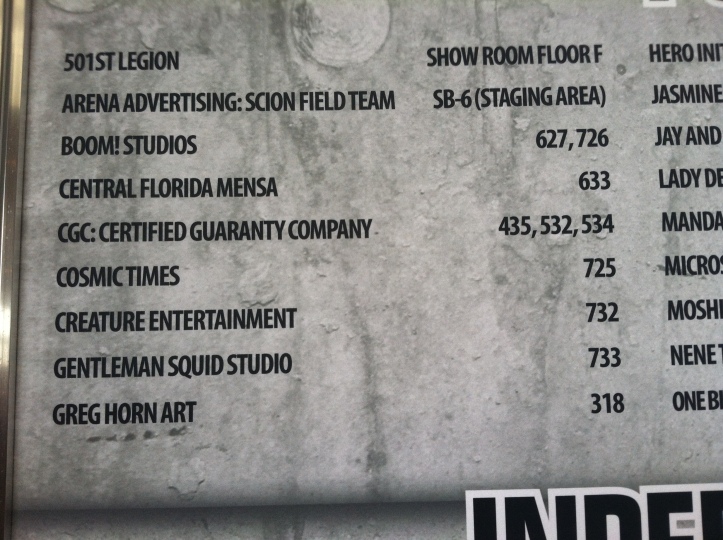 Booth #732 was cent and big. Our first year in the Publisher aisle, right across from BOOM studios, and next MENSA which just made us feel stupid… 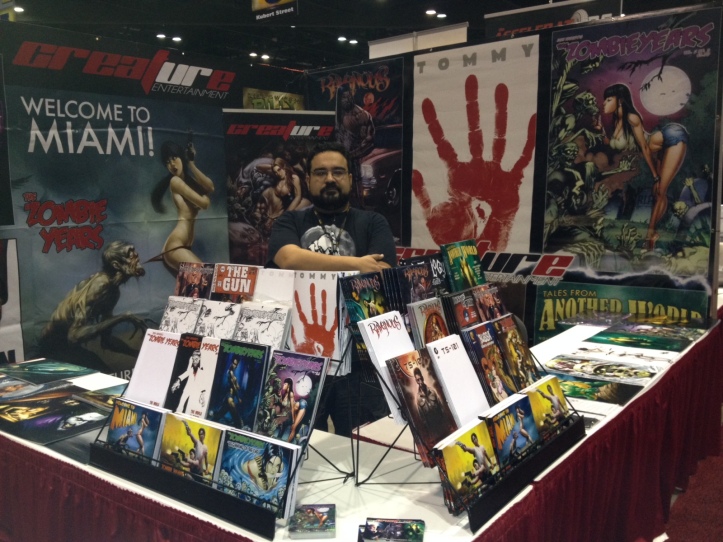 Me at the helm of USS CREATURE ENTERTAINMENT,  my publisher, my power, my CURSE!

Godzilla Print by Patrick Reilly which kicked all sorts of ass. We sold out of these so quickly it was ridiculous

Issue 2 of TOMMY it out, and it SOLD OUT! More on the way.

What could I saw about this guys COSPLAY but it was KISMET! 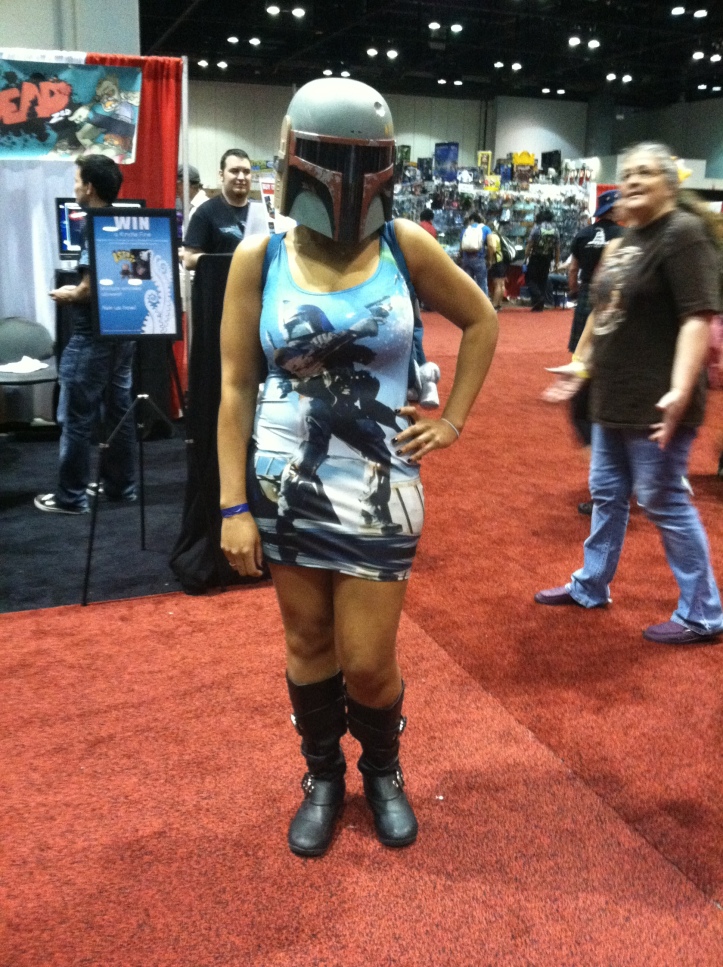 Speaking of Cosplay: Boba Fett or Boba Fine? I put this question to the net and in just one short jump I got someone saying BOBA FATT and gave them the asshole award.

It’s WOLF GIRL! A con is just not a con without her! 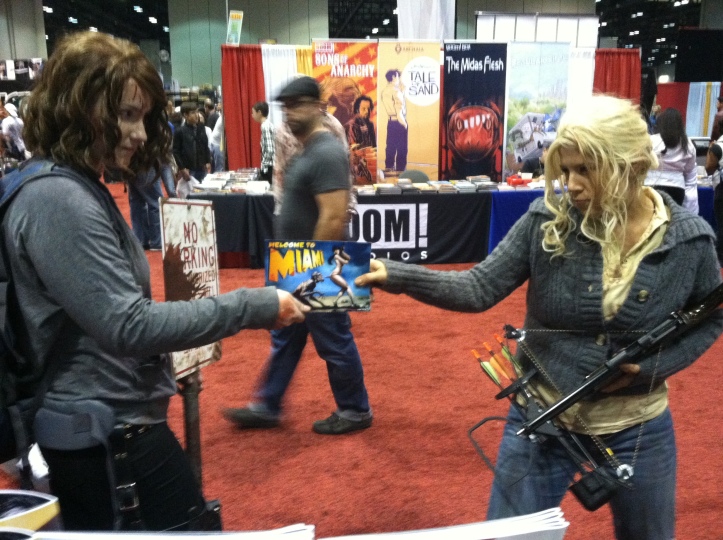 Two ZOmbie Hunters fight over a copy of ZOMBIE YEARS, ready to throw down! 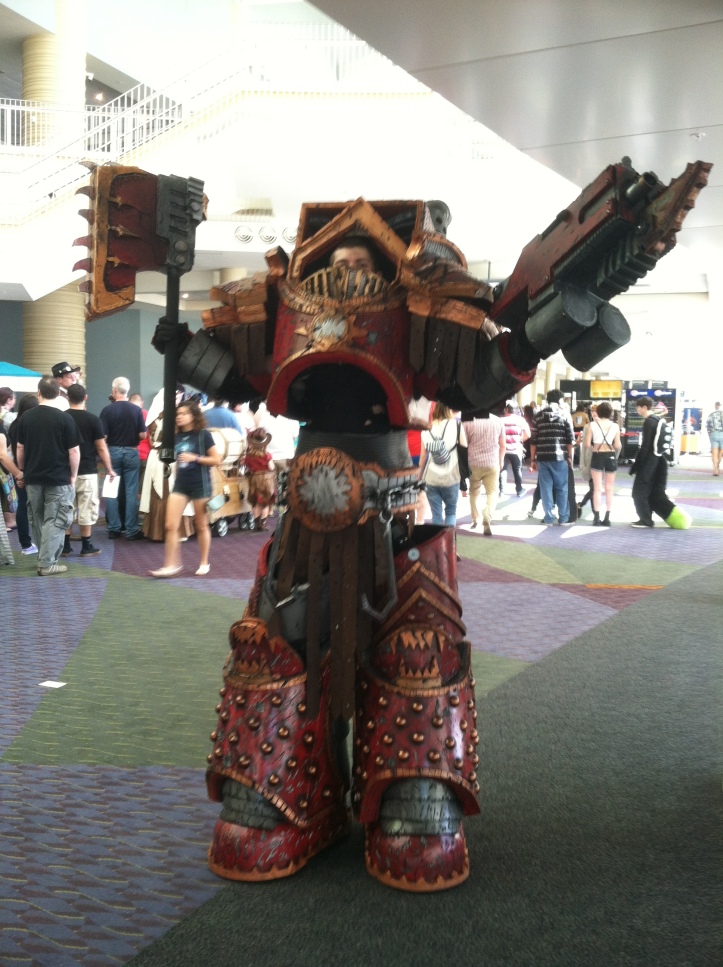 CHAOS! Space Marine, was a gigantic…

The semi-Nazi SS  Sith lord there,  sort of made go “huh?” Either way it was badass… 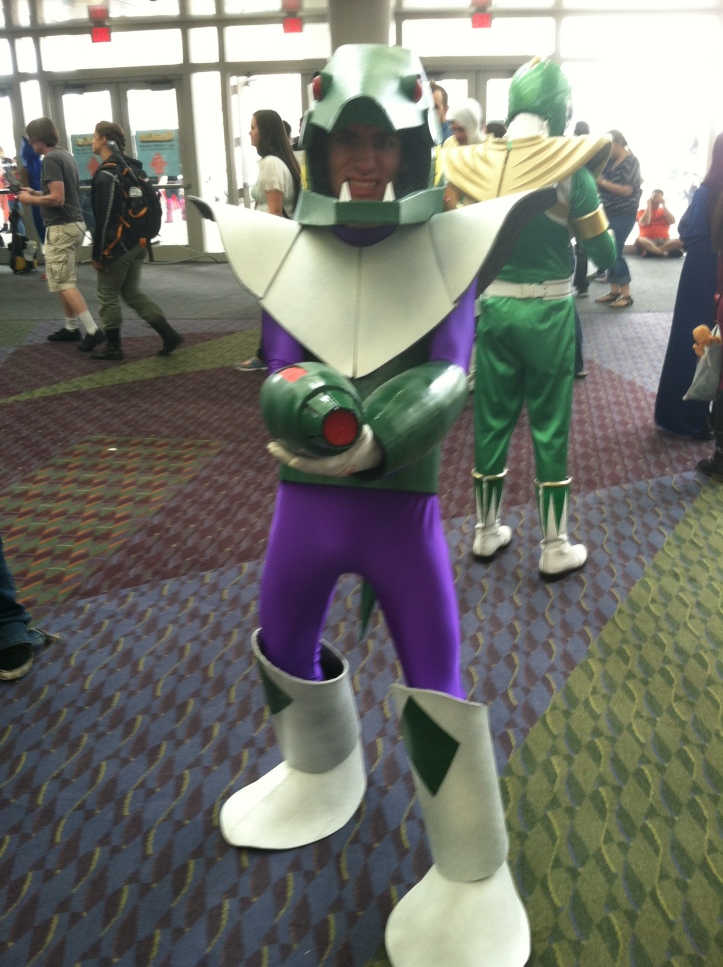 I wish I had taken more pictures, but I was so busy with sales, panels, and talking I really couldn’t catch a break. This time it was exhausting because the AMOUNT OF PEOPLE was ridiculous. It actually felt like a SDCC for a second there, where you can’t move, you can’t get anywhere, and then  it’s almost not worth going anywhere in the con because everything is just crammed in.

In the end I enjoye dit and maybe this year was growing pains because of the new location, but still, AWESOME POSSUM. Will be there next year for sure.

NEXT UP: MIDNIGHT SANDWICH@ CINE BISTRO!