We will be at Booth #702 alongside our brothers in the independent Press section with various books to show, new original art, and preview to upcoming projects. The Creature team will be  Jose Varese (Ravenous, Chronicles of FARO, and The Gun), John Ulloa (Writer Ravenous, Tommy, The Gun)  and Myself (Zombie Years, Rez, and TOMMY)  and on Sunday at 12pm I will be part of a really cool “How to Make COmics Panel” where I will probably sit and answer all your questions to make something awesome or, giving you shit for being a weak shit eel for not making a comic yet. COME AND FEEL ME. 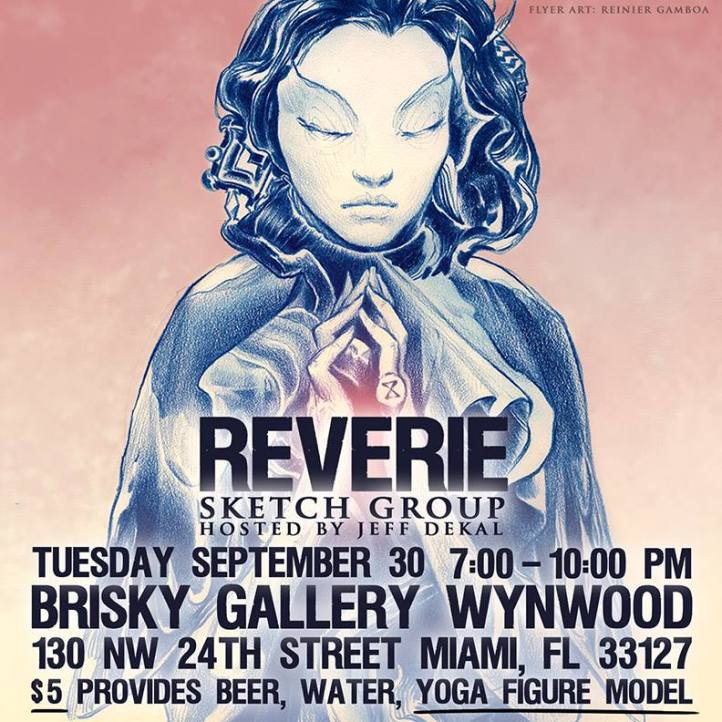 Wanna draw? Come and draw with us then!

Join us at the biggest Con of the years for us, NEW YORK CITY COMIC-CON AT BOOTH#1237! We’ll make a bigger announcement about this as we get closer!

Three jaded über geeks set out to find a mythical comic book store rumored to have one of the most treasured and rare collections in existence. When the store seems to appear out of nowhere after hours of fruitless searching, at least one of them is less than enthusiastic about crossing into its isolated and creepy womb. Once inside, the store does not disappoint – it’s a dragon’s hoard of comics. As the boys read some of the astounding stories in each book, they are swept into these bizarre tales, which play out like a high-definition dream in their minds.

But the shop’s clerk is a vampy vixen who has more in store than these three stooges bargained for.

Collectors follows Vince, Walter, and Geof into the dragon’s lair to experience the hidden worlds of Killswitch Billy, Zombie Years, The Gun, and TS-101.

A ghoulish gathering for South Florida creatives and Creature Entertainment fans! Party the night away with local comic book artists, actors, cosplayers, photographers, writers, indie filmmakers, sfx artists and more! Come one come all! We will party the night away at McClaren’s of Hollywood, with tons of parking right around the corner from the venue ($1 per hour parking).

Advance tickets $10, at the door $15 (online ticket purchase will be available shortly).

I think sometime after this, I will sleep…. maybe…possibly…