So I’m taking to habit this weekly blogging thing. It’s sort of meditation but also because I found that the WordPress app is actually DAMN GOOD for this and hasn’t wonked out at me during the last post. That and I’m trying to use BLOGGO on my desktop when I do want to blog.

It’s seem passé to blog now what with the world being on a five second cycle for anything entertaining and if it’s not spoons fed in video or audio, it seems to not take flight but supposedly there is 3000+ of you who read this and I’m a huge fan of email lists so I might as well try it, right?

Plus it gives me a chance to archive my brain here and there as I go and since this blog is over 10 years old it may prove to be the place to store my working so far.

Speaking of Audio, doing a thing over at the Patreon: Here is free recording of my panel HITTING THE ROAD. This is the first time I do it on my own, at least on purpose, as a panel. I cover the ins and outs of going on the convention scene, and doing the thing. My mian theme here is to ask questions, be friendly, and work with promoters. I answer some questions people have and even though it was a small crowd, its was very cool. I dug helping them out. On the Patreon, if you are a Patron, for a slow as a buck, you can listen to LATINX in COMICS with Vanessa Del Rey. She was awesome, and we covered some really thing, and actually it informative form the crowd too! If people dig these, I will definitly be doing more like this!

Reading this I thought they were talking about me. It has a point one that I should consider but Fuck I love cigarettes and coffee. 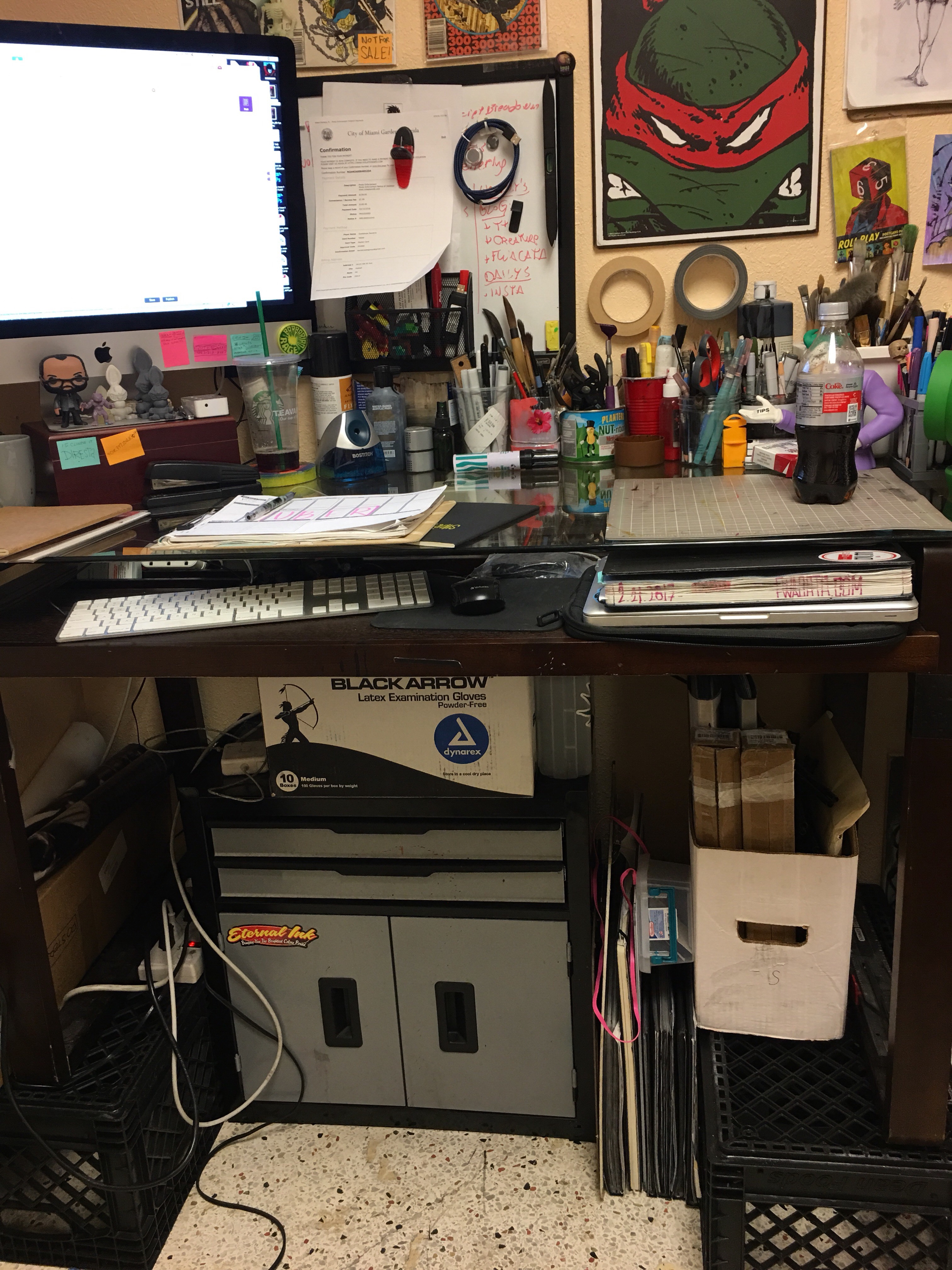 I think Miami is going through another brain drain. EVERYONE IS LEAVING and I can’t blame them. Yes, it’s warm all year long and beaches and sun and blah blah blah but you can’t LIVE here. What’s the point of beaches when you don’t have the time to go? What the point of the sun when you’re inside busting you’re ass all day? The leaders here have to figure it out because jose that are here now, getting degrees or making career, they all want out. I see it with friends and family and for those of us who are staying, like myself? We’re waiting to see how it goes.

This has been becoming a MAKE THE RENT city time and time again. We’re just working to make he rent, and even though the city is rebuilding and making new from Brickell to Mimo from Wynwood to Hialeah, it’s all for people with money. For the rest of us? We’re screwed. We don’t make enough to enjoy those things and now move farther and farther away.

So then? I don’t know. Miami is always seemingly about to reinvent itself into something better and we are waiting for that. When? How? What? That remains to be seen. 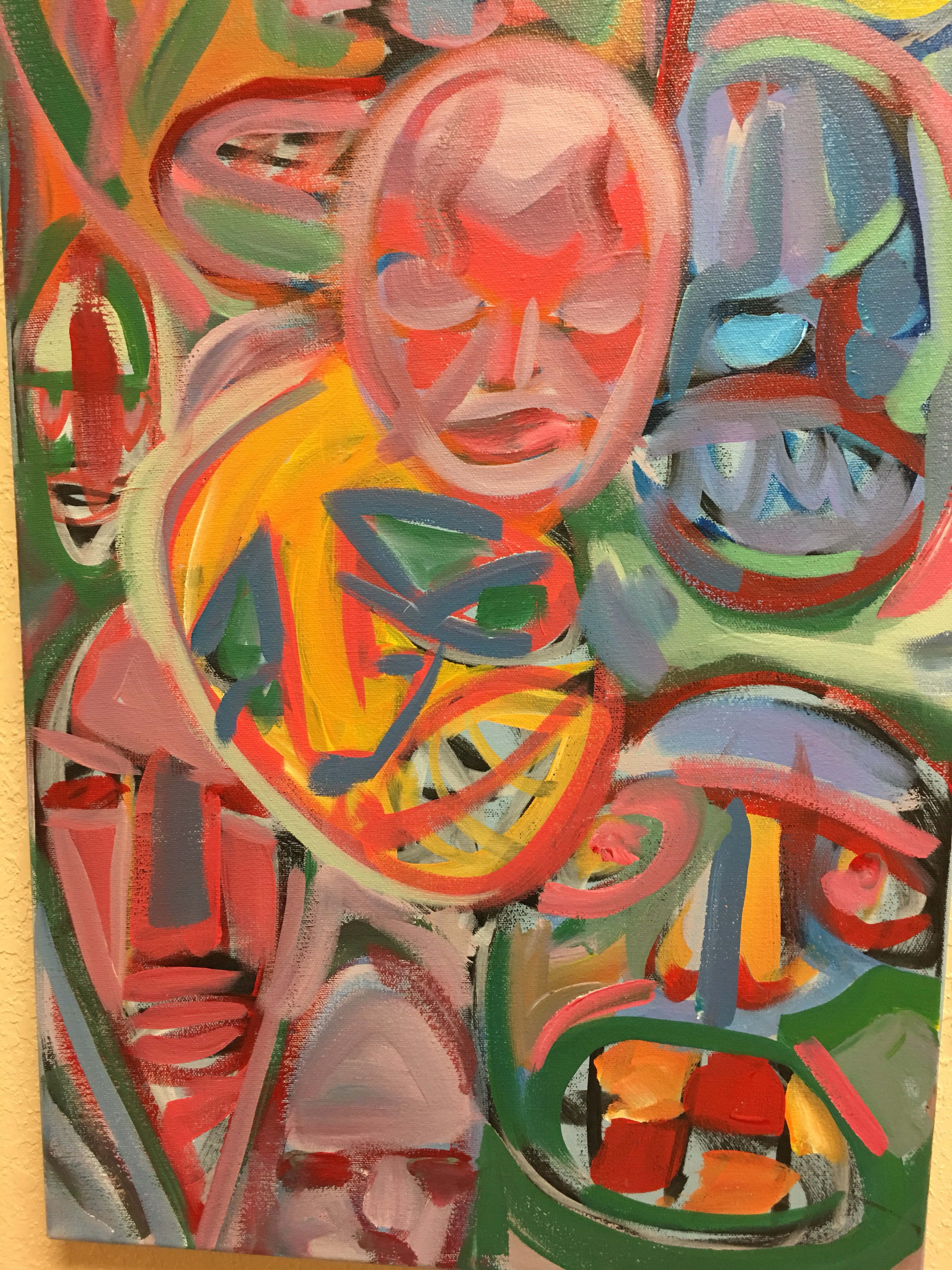 Setting up for a lot of painting. I’m already pulling out form certian shows, like C2E2, because quite frankly, I don’t have enough work. I know, I know, you must be thinking I’m full of shit, since I’m always talking about work, but outside my own comic work I don’t have enough other work to really go out there as an artist. Plus I want to finish things. So many events and things going to, it’s a bitch and a half to really get to where it needs to be I think, it’s snot enough to just get something OUT THERE; it needs to fucking ROCK. Nothing less. Because of that I need and want to do more work. My own. Me. Mine. Dang it. It’s coming. I think.

Found this and it’s perfect

Seriously like the idea of a tattoo of it…